You'll visit the famous Tiananmen Square which is the largest public square in the world where you can take photos in front of the famous Chairman Mao's portrait hang on the red wall of the Heavenly Peace Gate. Your tour guide will introduce the history and some interesting stories about Tiananmen Square. Later you'll go through the middle gate of Tiananmen Square where you'll see a huge red gate that is the Forbidden City also the highlights of today. The Forbidden City was the Chinese majestic imperial palace from the mid of the Ming Dynasty to the ending of the Qing Dynasty. Forbidden City is situated in the midst of Beijing city. It is the palace of the Emperor for nearly five hundred years, also as the ceremony and policy-making heart of Chinese authorities. The Forbidden City is rectangular in build. It is 960 meters long and 750 meters wide. It holds 9900 rooms with a amount roof area 150000 square meter. It was built Under Ming Emperor, construction set out in 1406. It took fourteen yrs to construct the Forbidden City. The red and yellow applied upon the palace surrounds and roofs are as well symbolical. Red symbolizes happiness, good luck and wealthiest. Yellow represents the color from the earth on the Loess Plateau, the primary home base of the Chinese citizen. The tour will finish at the north gate of the Forbidden City. Your driver and guide will drive you back hotel. 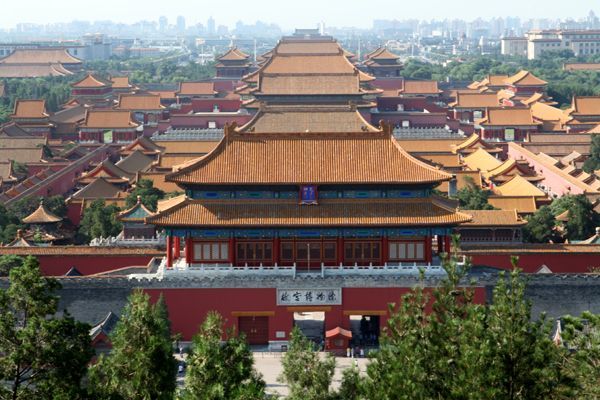